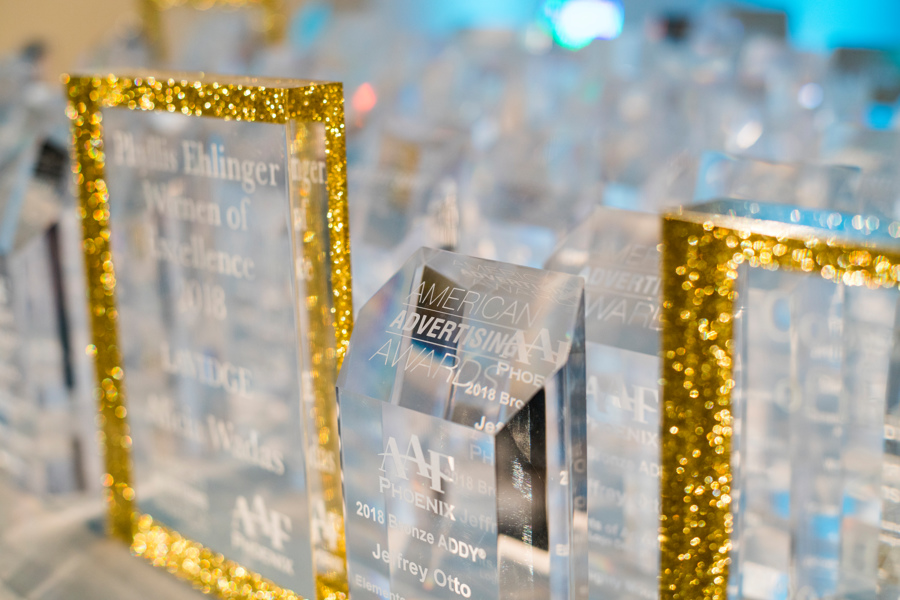 Winners will be announced from more than 600 professional local entries

PHOENIX, Ariz. (March 6, 2018) – Some of Arizona’s finest advertising efforts will be honored Thursday night in a gala at the Phoenix Art Museum, a chance to celebrate the growth and evolution of creative work coming out of the state.

AAF Phoenix has served as an advocate for the local creative industry for more than 80 years. The club lauds 2018 as a banner year in its long history with a record-breaking 615 professional entries submitted to the 2018 American Advertising Awards (ADDYs). The entries, from 63 different entrants, are a 21 percent increase compared with 2017, and a positive indicator of the advertising industry’s health in the region.

Results will not be announced until Thursday night, but the club said there are a record number of Gold ADDY recipients this year, all of which will be moving on to regional and possibly national competition.

“The Phoenix area has long been a hub for creative marketing on behalf of local, national and international brands,” said Amy Packard Berry, AAF Phoenix President. “This year’s record-breaking numbers show that the Valley’s advertising industry is healthier than ever, and through collaborations with business, our creative talent in digital and traditional advertising is achieving even greater heights.”

Student ADDY numbers also broke records this year, with 25 entries from around the Valley, a 16 percent jump from 2017 submissions.

Results of the judging will be announced during the March 8 ADDY Awards celebration at the Phoenix Art Museum. The sold-out gala will feature entertainment provided by Alice Cooper’s School Rock and an art auction benefiting Free Arts for Abused Children of Arizona. For more information and tickets for the event, go to https://phxadclub.com/2018-addy-awards/.